It was a very low-key New Year’s Eve. Japanese food in upstate New York followed by some television and an effigy burning.

We bought a dinosaur piñata at Party City, filled it with remnants of the shitty year-that-was, topped it off with the blood glucose test strips I’d been saving for the last few weeks, doused it in lighter fluid and burned the shit out of it.

2014: not my best year. Some of you had a good one, but, based on the numerous suggestions we got on Facebook for things to burn in our 2014 effigy, others… not so much. 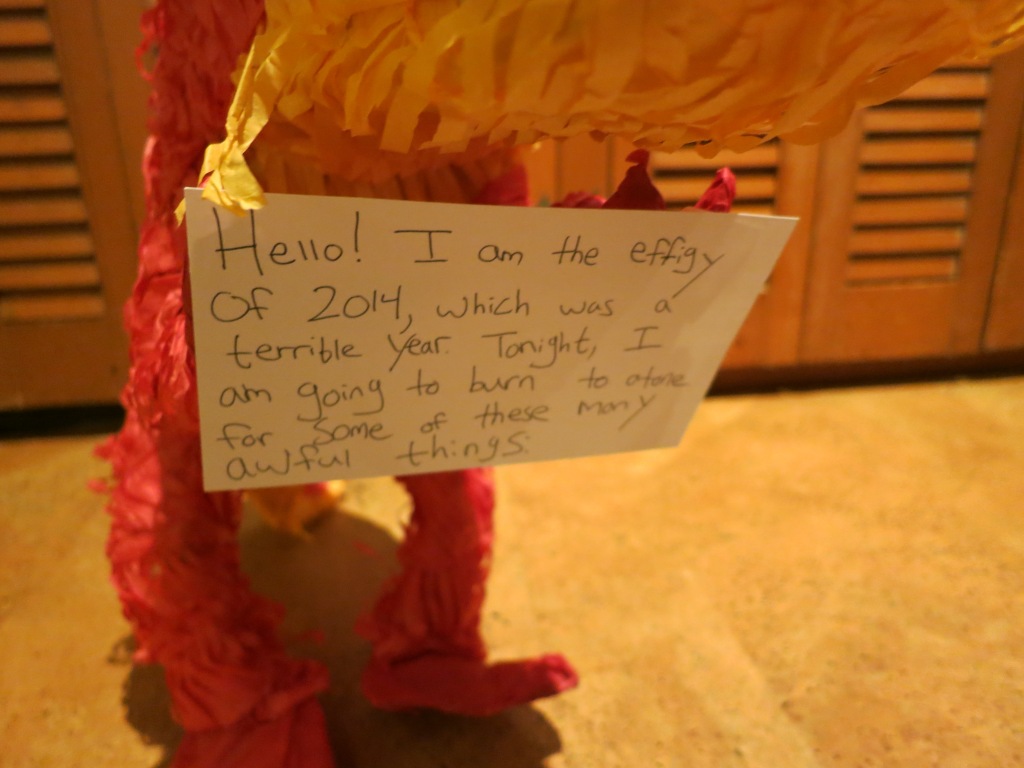 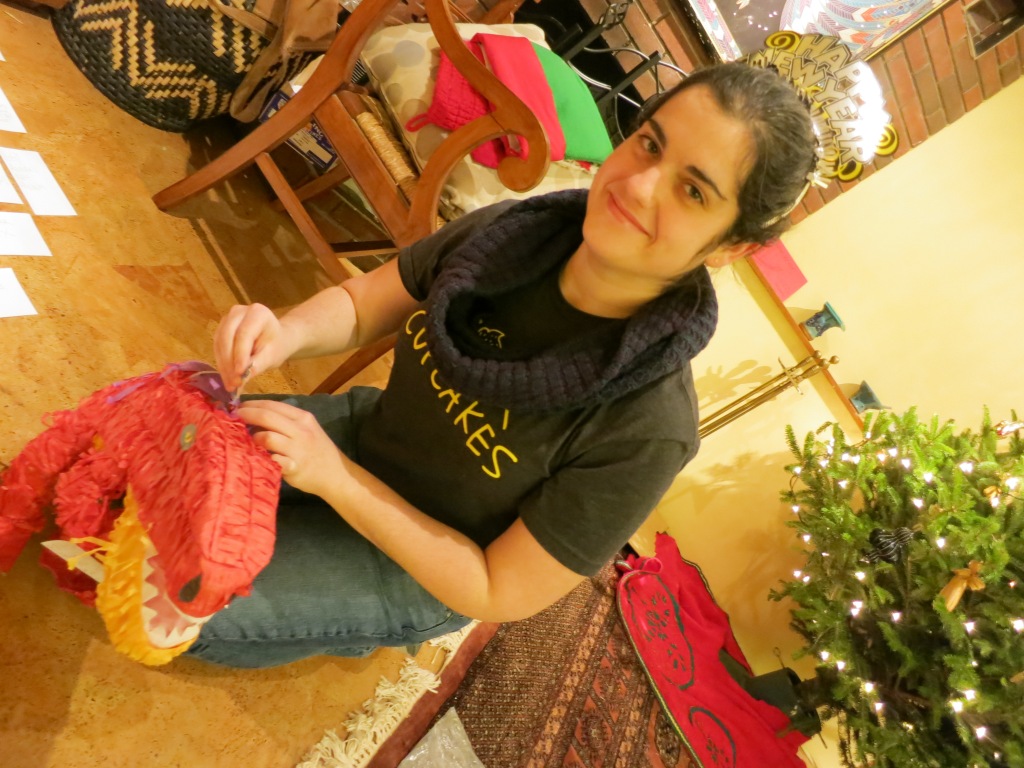