Just to round up the story, in the middle of the acid reducers, and the allergy tests, and the EOE diagnosis, I had surgery to remove that “incidentaloma” they found on my uterus back when they did that barrage of tests in September 2014.

It was a polyp, and there was a 1/1000 chance that it could be cancerous, so it had to be removed. Which involved a day of surgery, which I don’t really want to talk about, because, you know, scraping of the lady parts/being unconscious is weird as hell. 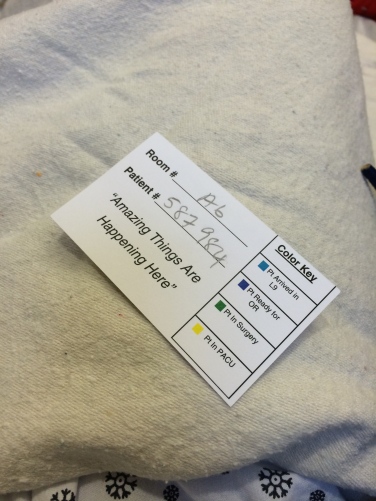 However, I am pleased and so so grateful that this particular thread of my story ends with my new favorite word: