I’m not sure I’ve had diabetes long enough to be dispensing advice, but 2.5 years in, I can’t help myself, so bear with me.

I love to travel. My love for travel, while not necessarily unique among humans, is powerful—bestowed on me by a wanderlust-filled family. And while I won’t say that I ever thought, after getting diabetes, “wow, I’m never going to be able to travel again,” it was definitely a bit disheartening thinking about how much harder diabetes was going to make everything. It’s really hard, for example, to just “get up and go” with diabetes. It’s more “get up, check the batteries in your meter, check the insulin levels in your pump, pack spare cartridges and one (or two) extra vials of insulin, pack snacks, pack extra test strips, pack extra infusion sets, pack extra batteries for your pump/meter, pack back up insulin pens for if the insulin pump fails, pack back up pen needles, and maybe, if you’re feeling, like, extra-credity, pack a few alcohol swabs or two. Then double check that you have everything you need. Then triple check. Then go.”

So basically, it’s a bummer. It’s an impediment. However, it should never be treated as more than that.

A few months after I was diagnosed, I did something that I’m pretty proud of. And (advice dispensing….now:) I would recommend that, if you’re feeling bummed about diabetes, you do the same. I made a list of all the countries I (still) want to visit. Then, I looked up how to say “Type 1 Diabetes” in the languages of any country on my list whose native language isn’t English. Then, I found a website online that makes those livestrong-y bracelets. And I had a whole bunch made: 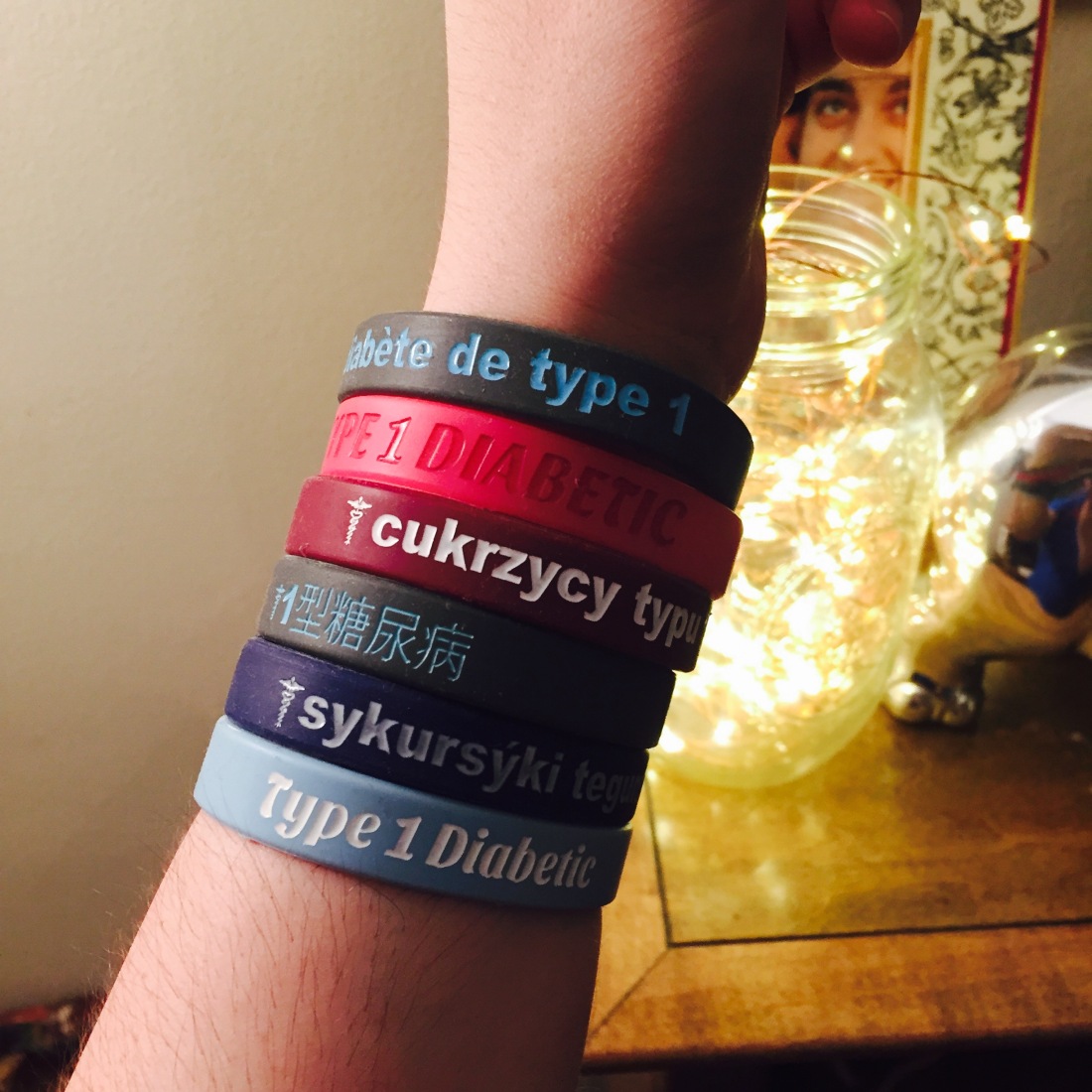 It was both an act of preparation and an act of empowerment. (Each one of those bracelets, by the way, has “Type 1 Diabetes” in a second language on the reverse side. My list is long.)

They have sat on my dresser, promises of trips to come, harbingers of my new life — different, definitely, than my old one, but in which I am utterly unwilling to compromise when it comes to giving up the things I want to do. Looking at them makes me happy, and expectant, and full of plans and dreams.

And tonight, I realized with GREAT excitement that I am finally going to put one to use for the first time — in two weeks! The 4th from the top either says “Type 1 Diabetes” or “Dumb American Sucker” in Japanese. Guess I’ll find out in two weeks!

One thought on “when preparation is empowerment”