We’d done our research. We’d sent in the deposit. We waited (im)patiently. And finally we’d gotten the call, and committed to Mickey. (We’d even given him the name!)

Then the doubt set in. Not doubt that a service dog was the wrong decision; rather, I became insanely nervous that I was going to, after all, be allergic to Mickey. You never really know if a dog, even a so-called hypoallergenic one, is going to trigger an allergy until you spend time around him, and I began to be inordinately nervous that after 6-8 months of training he was going to arrive in our home and I was going to be horribly, horribly allergic to him.

In one of the crazier moves of my life, I decided the only way to know for sure was to visit. So Stefan cashed in all of his JetBlue points and over Labor day weekend I flew across the country for exactly 24 hours to meet a puppy. (Interestingly, it was the weekend of Stefan’s bachelor party, which he did in Toronto… so we like to joke that I had to one-up him by going to Vegas on his bachelor party weekend.)

Meeting Mickey for the first time was pretty much the greatest moment ever. He was right at the door with his trainer, curious about me and eager to meet and sniff me. And I knew right away that I had no allergies to him (and yes, I’ve heard their coats can change as they get older, but hey, there’s only so much you can do…). At which point, it became an excuse for puppy playing and gratuitous puppy photos (henceforth speckled through this post).

So we were a go! I flew back home and Mickey began the first of three phases of training. He started with basic obedience, followed by “public access” (getting comfortable with people and crowds), and finally, his last phase was scent training. 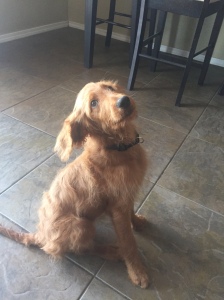 Simultaneously with Mickey learning his “phase 1” skills, I began collecting samples for his eventual scent training. For six weeks, every time my blood sugar was out of range, I sucked on a cotton ball, thereby transferring whatever weird “scent molecules” I give out at wacky blood sugar ranges onto the cotton. I put those samples in glass jars labeled for each range: “Under 40,” “40-50,” “50-60,” etc, all the way up to “Over 250.” Then, I sent all that in for the trainers to work their magic with him.

For months, they trained him, sending regular updates including photos and videos that my family and I swooned over. And then, just a few days ago, he showed up at our place with a trainer—we had two days of intensive “how to be a service dog handler” training (more on that to come) and NOW HE’S HERE. 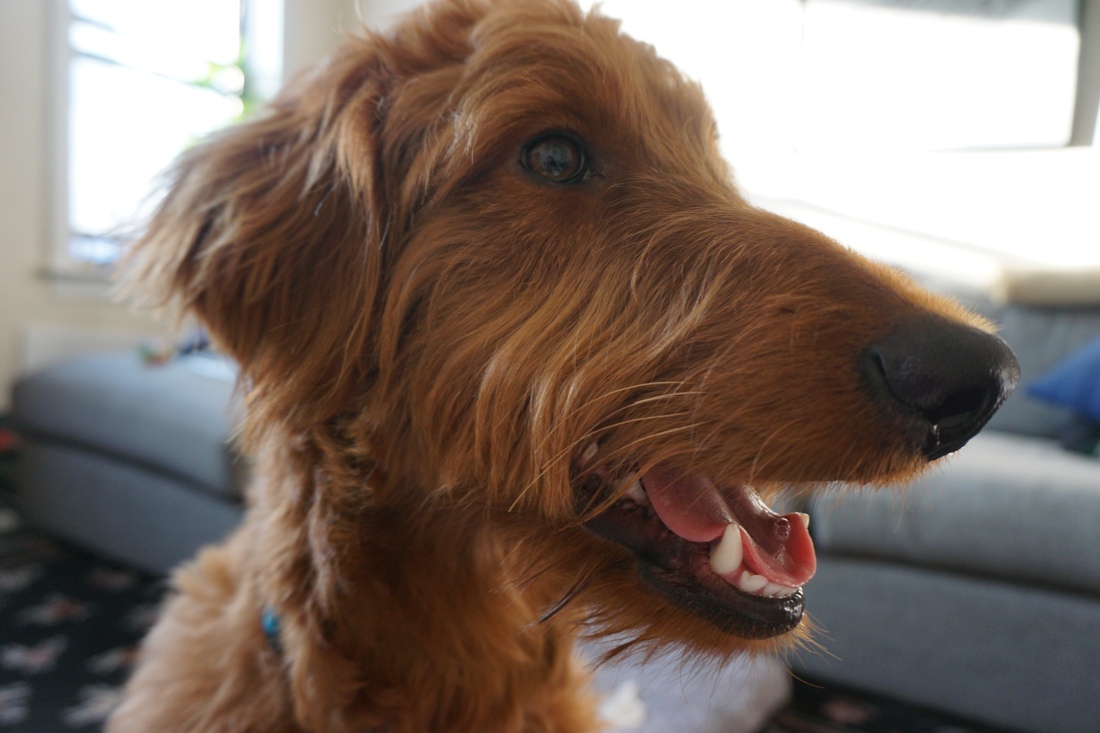